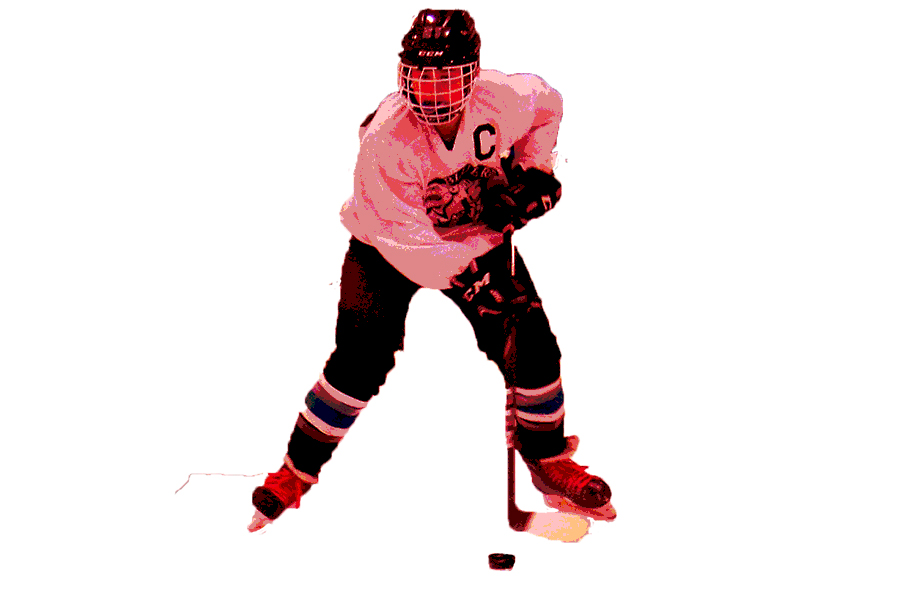 Ice hockey is a fast paced and very physical sport. It requires agility and quick thinking skills, not to mention a highly skilled player needs to be quick on ice. Enter Rush Higginbotham, a ninth grader at Western who plays ice hockey in both Charlottesville and Lynchburg.

Because of his love for the sport, Rush has been playing since 2009.

“When my family and I moved to Crozet from Richmond in 2009, we went ice skating a few times and I really enjoyed it. Later that month my parents signed me up for skating lessons which was fun, but across the ice was a hockey team and I asked my dad if I could play. He said that I needed to learn how to skate first,” Higginbotham said.

Not long after that, Rush started playing. The following years consisted of long, difficult practices but to Rush, it was definitely worth the effort.

“Hockey is definitely one of my favorite things to do. Every time I get on the ice, I love it, whether it is a practice, game, or tournament. I enjoy all of my time playing hockey. I am always watching hockey games and highlights on TV, playing hockey games, or just working on my stickhandling and shooting skills in my driveway or garage,” Higginbotham said.

Rush plays for two teams: the Blue Ridge Bears in Charlottesville and the Hill City Coyotes in Lynchburg. He is not only a team member, but he is also the captain.

“For the last couple seasons my teammates voted me captain. I enjoy leading my team and I try to set a good example on and off the ice,” Higginbotham said.

Along with the love for the sport, his teammates make the games and practices that much better.

“The thing that makes ice hockey so special are my teammates and the experiences we have together on and off the ice… it is fun to build relationships with teammates,” Higginbotham said.