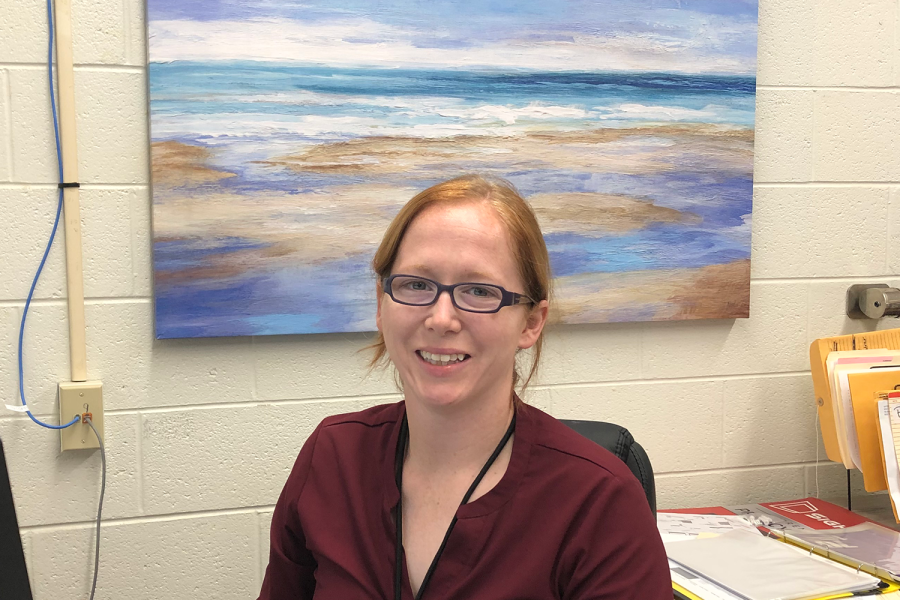 This year, WAHS welcomed Ashley Rasmussen to the WAHS counseling office as a registrar and data administrator. She has previously done similar work in other schools, and even in a U.S. military base elementary school located in Germany. She is responsible for introducing new students to the Western system and organizing the papers graduates need for their futures.

Q: So what exactly do you do here at Western?

A: At Western, I basically have two jobs that I do here. I’m the registrar. So if we have new students coming into the building that are starting with us, I’m the one who makes sure that they have all the papers they need to be here. And then I also get the records from their prior schools, so we know which classes to set them up with. And then, in addition to that, I do what we call data administration, which basically means when you guys have changes in classes, when we’re setting up classes with teachers, stuff like that. If you guys later on, say, when you graduate, you need your transcripts, and whatnot sent off, I do all that as well.

Q:  What’s your background? How did you end up here, what did you do?

A: Before I came here, I was actually living in Germany. I was working at a military elementary school. On one of the military, US military bases in Germany, I was actually doing the attendance job, and then helping them with registration for kids there.

Q: What’s the best or most rewarding part of what you do, and then what’s the most challenging part?

A: I think the most rewarding is all the new kids that come in, I’m usually one of the first ones to meet them. It’s really cool because I get to meet all the new families coming in and get them set up. I think the most challenging part is that all of you guys are different. Each group that comes in to see me is different. The paperwork we have to do for everybody is different. Your guys’ classes are different depending on your diplomas and what you’re deciding to focus on. So making sure that we keep you guys straight and keep everything up to date is hard.

Q: Were there any teachers or educators who have left a particularly strong impact on you?

A: Definitely, I would say probably when I was in high school at Miami Trace in Washington, Ohio. It was my senior year, I originally wanted to go into something totally different when I went to college. I had an amazing government teacher who did mock trial and all those kinds of fun things in clubs. And I think that’s what switched me into wanting to go into something dealing with education and dealing with kids.

A: I’ve been to a lot of countries. I studied abroad and whatnot, too. Probably the coolest country I’ve been to is Croatia. And I went to Bosnia. And it sounds really crazy, because it’s not like the first touristy spot on people’s lists. But it was very different from here, it was really cool to see. We can see really, really old buildings from the 14-1500s and stuff like that. The people are very different when you talk to them. It’s really cool hearing their backgrounds. And it’s just a real pretty area. If you’re into hiking and being outside, they do sailing, they do all kinds of different watersports, it’s a lot of fun. It’s warm, which is always good. It was probably the most awesome place I’ve been.

Q: Did you teach in any other US military bases?

A: No. That was the only one that I was at. I was also a substitute teacher, and then I also worked in the office. And then I worked as a student teacher at the University of Connecticut.

Q: What made you choose a US military base in Germany?

A: My husband’s active duty, he’s in the Air Force, so my kids have grown up in an Air Force family. I have a daughter who’s in eighth grade at Henley. And I have a first grader over at Crozet Elementary. They have traveled a lot, so we’ve been all over. We’ve lived in Ohio, we’ve lived in Massachusetts, and then we just got back from living in Germany for three years. We moved around a lot with his job so that’s how we got over there.