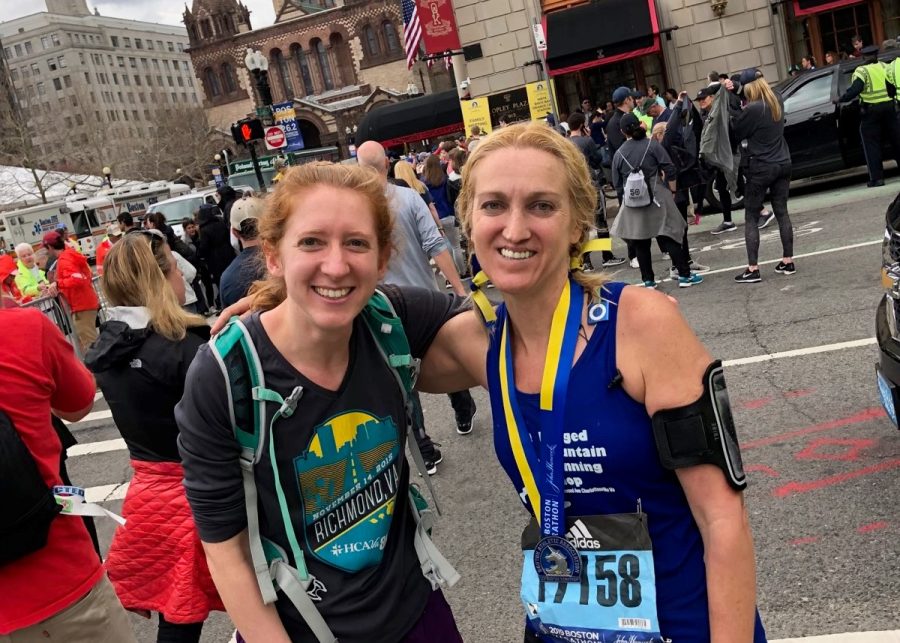 Most people at Western know Ms. Katie Pugh as a no nonsense high-level Spanish teacher, however there is more to her than just that.. Distance running has always been something that Pugh loves. She began running in high school, and continued to run through college at UVA to stay fit. When she moved to Spain she participated in some of her first long distance races, including 10 milers and even ½ marathons. After a while she moved back to Crozet to coach the girl’s cross country team.

Pugh continued to push more and more until she was met with the infamous marathon. A marathon is a huge step in a runner’s life, with 26.2 long miles of hard work and commitment. The training process is just a warning of what’s to come.

“The usual training cycle is 4-5 months long, and includes several runs between 15-20 miles long. Training for a marathon requires extreme dedication and time, and is also very grueling on the body.” Pugh was coached by Mark Lorenzoni of Ragged Mountain Running Shop. Tobacco Road Marathon was Pugh’s first marathon, as well as her qualifying marathon. If she got below a time of 3 hours and 45 minutes Pugh could run in the Boston Marathon. Pugh finished her marathon in 3 hours and 29 minutes, just below an 8 minute mile pace. “When I finished and I realized I had qualified for Boston, I was completely overwhelmed with excitement. At that race they have a bell you can ring indicating you qualified for Boston, and it was thrilling to hear that sound! But I also remember wondering if I could ever push myself that hard again.”

Pugh packed her bags and headed to Boston, enthusiastic to see what was to come. But before the race the nerves began to get to her.

“As I stood in my corral I was truly petrified, but just tried to distract myself with all of the energy surrounding me.” 30,000 runners participated in the 2019 Boston Marathon. “For the next 26.2 miles there were supporters along every foot of that course, and it seemed that every little town that we ran through tried to out-compete each other to have the most enthusiastic fans, the best posters, the loudest music, etc. I had brought music to listen to, but realized that I would get much more energy from the crowds along the course.”

The course starts easy with 10 miles of gradual downhill but eventually you hit hills on the second half of the race. Pugh used the crowd to keep herself motivated as she climbed “heartbreak hill” in 70 degree weather. When Pugh crossed the finish line she was ecstatic. Running 26.2 miles is hard enough, but running the Boston Marathon is even harder with its qualifying times. “Once you cross the finish line, you are given a medal and the emotion crashes down on you…many people are so overwhelmed they cry as soon as they finish.”

Pugh has run 3 marathons in total. Unfortunately Pugh had to stop at the 10 mile mark because of a leg injury but is still grateful for her chance to run it again. Running isn’t just about staying fit to Pugh, it is also about learning to be mentally tough. “ In addition, the relationships I’ve made in the Charlottesville running community are incredibly meaningful. I workout at 5:30am most Wednesday mornings at the UVA track, and this group of dedicated adults has made these training sessions very rewarding.”

Pugh doesn’t just run for herself but also for her students, “Coaching the girls XC team has been one of the most fun, meaningful and incredible experiences of my life.”