Three Years Later: What’s Going on With the Tiny House? 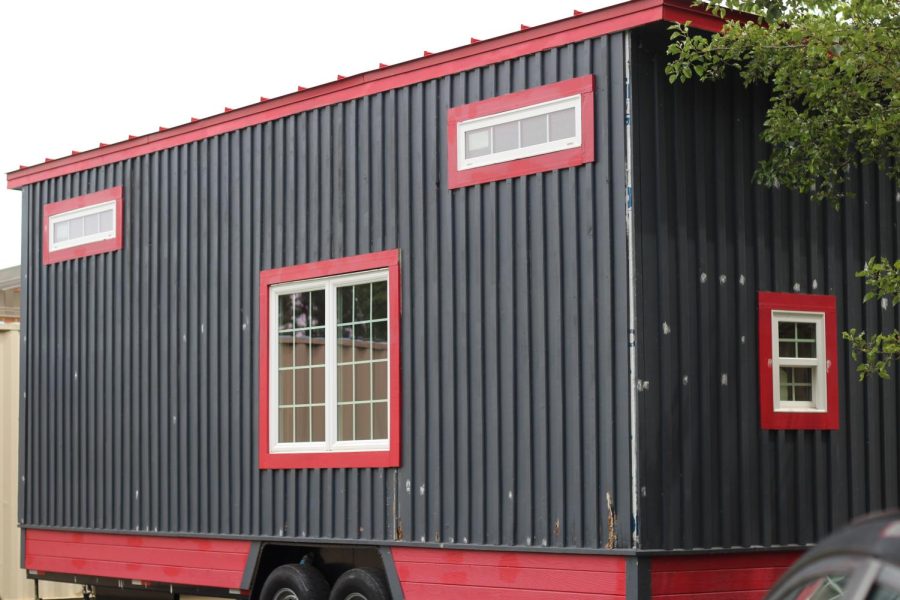 Since construction on a second tiny house halted with a arrival of the pandemic, the partially finished home has sat, abandoned, outside of the A Wing.

In 2019, Mr. Matheny and his shop class started an ambitious project from scratch, working together on the construction of a tiny house.”

“The students had to learn about things they knew nothing about, and they divided up the class into groups to work on the tiny house. Each group would analyze a portion, like the roof. How big it was, the kind of materials it needed, and how much it was going to cost were all discovered by the students.”

“The next year, the kids that were working on the second tiny house the year prior had all graduated. No one wants to fix or finish what someone else started, the new students wanted to build their own tiny house- and that’s when COVID hit.”

A lack of experience in tiny house construction with the newer students meant they were prone to failure. This coupled with water damage caused by the weather has put a temporary halt on any progress being made on the second tiny house.

“My contractor buddy came in and said it was easy to fix, so now we’re in fixing mode,” Mr. Matheny said. “The goal now is to repair the damage that the second-year group did and disassemble the areas that were improperly done, with only a few thousand dollars left- and not much time.”