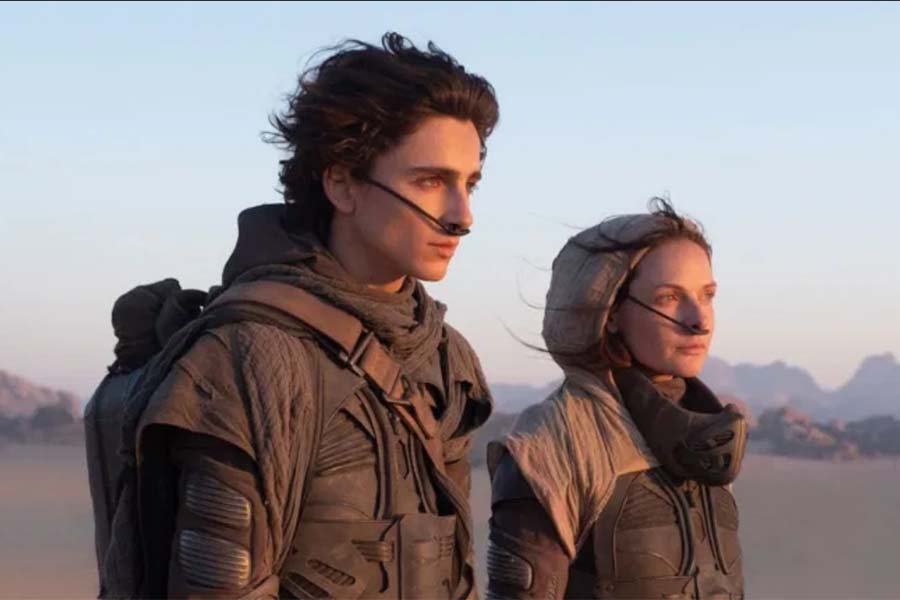 With a runtime of a little over two and a half hours, Dune is certainly one of the longer movies you will see. Despite this, I thought the movie was excellent. But no doubt the best part of the movie was it’s visuals. There was not one scene in the movie that was not at the very minimum, visually appealing, but at best breathtaking. No matter which planet they were on, whether it was the water and green lands of Caladan or the desert lands of Arrakis the surroundings were always jumping off the screen.
As for the plot, I thought at some points the plot was hard to follow, but overall you could understand the main storyline of the movie. The two enemies, the Emperor and House of Harkonnen work together after the emperor feels threatened by Leo Atreides, the father of Paul Atreides and the ruler of house of Atreides. The first half of the movie features almost no action, but is instead used to build the worlds and universe. The whole plot revolves around the need for the spice, the most valuable thing in the universe. This movie was done with the goal of having a sequel and finishing up the first book. This movie was only based on the first half of the first book written by Frank Herbert. There will be a second movie based on the second half of the book.
The cast was made up of some of the most recognizable actors in film, including [some cast members] and the acting was fantastic. The person I thought delivered the best performance was Oscar Issac, who played Leo Atreides. He really captured the essence of the character he was playing and seemed like the person who was in the book. His calm and steady demeanor really encompassed who Leo Atreides is. While Dune is only getting a sequel coming out sometime in 2023, this movie is definitely worth watching.