The Western Hemisphere • May 5, 2021 • https://thewesternhemisphere.org/8574/showcase/extraordinary-endangered-animals-irrawaddy-dolphin/ 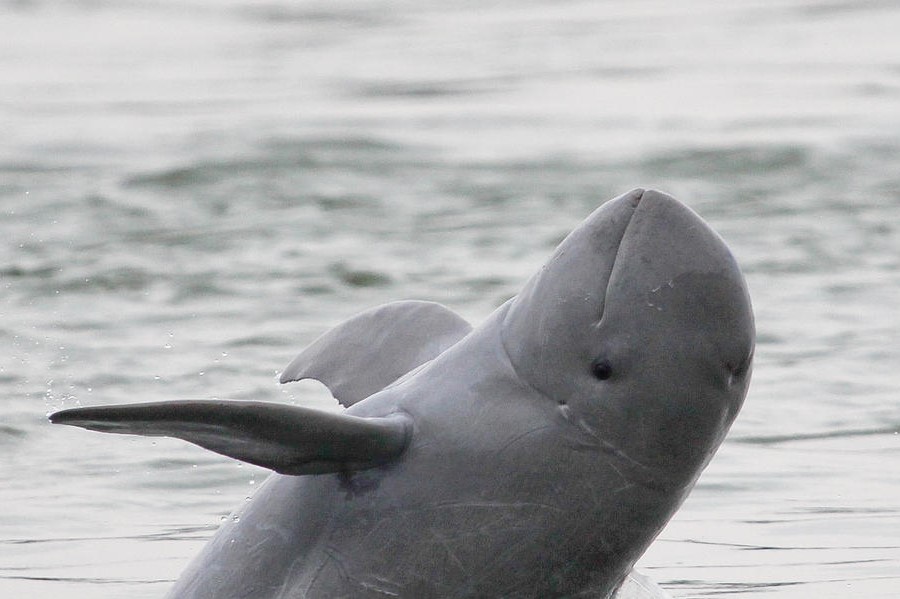 In Myanmar, the Irrawaddy Dolphin has learned to participate in “cooperative fishing” with the fishermen in the area. This is a phenomenon that occurs nowhere else in the world. Credit: WWF

The Irrawaddy Dolphin is a charismatic-looking beluga-like dolphin with a rounded face. An ancient Chinese text from AD 800 even referred to them as “river pigs”. These dolphins inhabit the coastal areas of South and Southeast Asia as well as isolated freshwater habitats such as the Ayeyarwady, Mahakam, and Mekong rivers. Today these dolphins are endangered.

This species of dolphins live for around thirty to fifty years, and they travel in groups of two to fourteen other dolphins. These dolphins are generalist eaters, consuming everything from benthic prey to octopuses.

In Myanmar, the Irrawaddy Dolphin has learned to participate in “cooperative fishing” with the fishermen in the area. This is a phenomenon that occurs nowhere else in the world.  Fishermen tap the sides of their boats to let the dolphins know that they are ready to fish. The dolphins then swim in semicircles and herd the fish towards the fishermen. After the fishermen throw the net, the dolphins create turbulence by diving deeply into the water. The dolphins eat some of the fish that have become confused by the net after it’s pulled up. This is one of the best examples of symbiosis between man and nature.

These dolphins are endangered due to pollution, captivity, habitat loss, and most of all fishing nets. Frequently, they are accidentally caught in small-scale fishing nets that are meant to catch other organisms and killed, making them bycatch. Fishing nets are responsible for major population declines in this species because more dolphins are dying in these nets than are being born every year.

The Irrawaddy Dolphin is important because it contributes to the overall health of the Mekong River. It is also a source of income for communities who participate in dolphin-watching ecotourism and is regarded as a sacred animal by the people of Khmer and Laos.

Ecotourism, which is tourism directed towards threatened environments, protects these dolphins. The 74 kilometer-long Ayeyawady Dolphin Protected Area (ADPA) reduces electric fishing, gill nets, pollution, and boat traffic, which all contribute to protecting these dolphins. The ADPA is one of Myanmar’s official strategic ecotourism pilot sites which is a part of the Myanmar Ecotourism Policy and Management Strategy. Ecotourism educates tourists on these dolphins, as well as local culture and other nature. It serves as a link between conservation and tourism.

So how can you make sure this adorable species of dolphins doesn’t go extinct? You can continue educating your peers and family about the importance of biodiversity for one, but you can also adopt a dolphin with World Wildlife! By buying a dolphin adoption kit, you are supporting World Wildlife’s conservation efforts and helping to save endangered species.

There are several adoption kit options, but you can receive items such as a dolphin stuffed animal, an adoption certificate, a photo of a dolphin, a gift bag, and more. You can also adopt other animals, such as polar bears or elephants, but to help the Irrawaddy Dolphin I suggest adopting a dolphin.

Remember that maintaining the biodiversity of the earth protects us as well as the many species of plants and animals that we know and love.