The divers dominate once again 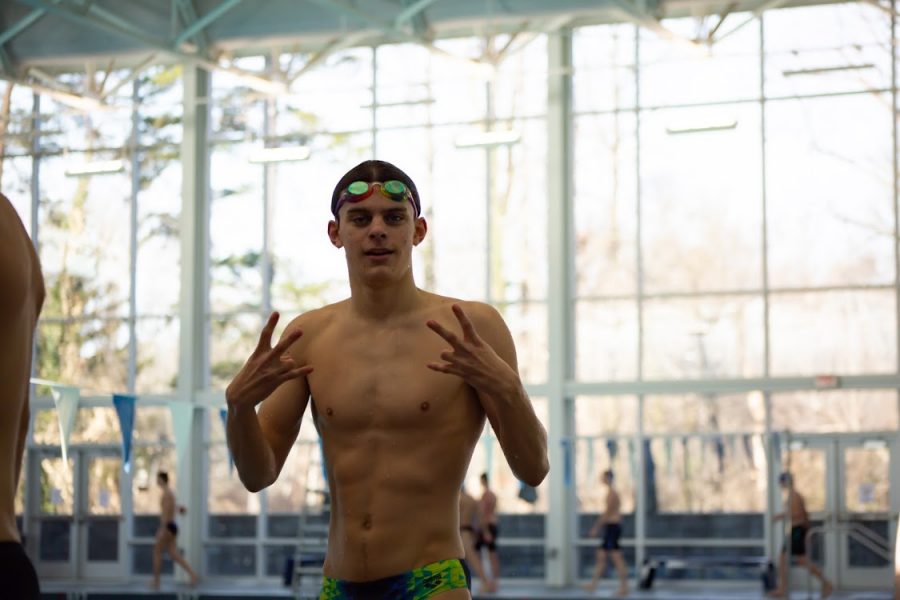 Anthony Garono is one of the talented underclassmen who helped the Boys win states.

For the last three years, the Western boys swim and dive team has dominated the Class 4 state championship meet, and this year with all its different formats, challenges, and changes it’s good to see some things haven’t changed.

Twins Trevor and Wade Donalson again anchored a strong performance by the divers. Both seniors, they finished first and third with Trevor taking home the individual title.

On the swimming side, the team had a strong showing from a talented group of juniors including Sam Johnson, Matt Heilman, and Noah Johnson. Heilman and Sam Johnson teamed up with sophomore Anthony Garono and senior Peyton Wray to win the 400-yard freestyle relay with a time of 3:18.22. Sam Johnson also finished second in the 200 freestyle and the 100 Butterfly with a time of 50.63.

“We didn’t want to focus on the times per se,” Johnson said, “but just to touch the wall before other people and get points for the team.”

In his second state championship meet Garono earned two fourth-place finishes in the 200 and 500 freestyle.

The team lost a lot of veteran leadership from their last season including Noah Hargrove, Tyce Winter, and Andrew Holzwarth, and most of the contributions came from younger swimmers.

“We only had one senior at states, so the younger guys had to step up,” Heilman said. “Also, because of the shorter season, all of the upperclassmen had to show the younger kids the ropes faster than we usually do.”

Senior Lilly Fitzpatrick set the program 100 breaststroke record with a time of 104.74 and finished second on the event.

Sophomore Julie Addison took home sixth in both the 200 IM and the 100 backstroke, and senior Kathryn Burr finished sixth in the 50 freestyle.