The Western Hemisphere • May 7, 2020 • https://thewesternhemisphere.org/8156/showcase/top-5-engaging-books-to-read-during-social-distancing/ 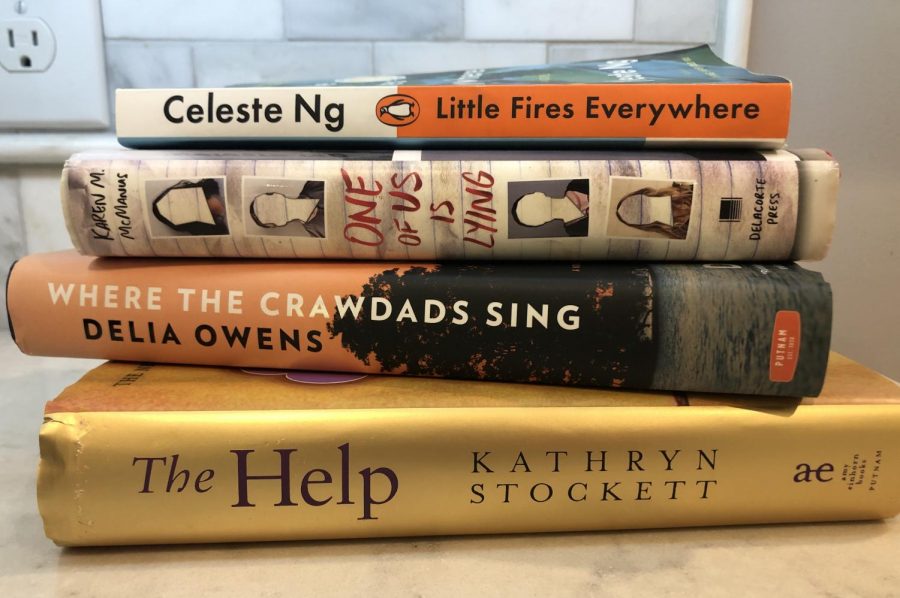 Reading may be your last resort, but it is a great way to pass time!

Where the Crawdads Sing

This mystery novel follows Kya, an outcast in her society, as she grows up. This shocking coming of age novel is intertwined with a murder mystery that keeps the reader guessing until the very last page.

Stockett depicts the complicated nature of racism in Jackson, Mississippi in the early 1960s. A Southern society girl named Eugenia Phelan (“Skeeter”) returns home with the dream of being a writer. Skeeter chooses to interview black women who are maids for prominent white families, but is Jackson ready to hear the truth?

When a single mother and her daughter move to Shaker Heights, no one suspects their complex pasts revealed by the seemingly perfect family, the Richardsons. Little Fires Everywhere is now available on Hulu!

One of Us Is Lying

When five students arrive at school for detention, one student is murdered. The concept is similar to the Breakfast Club with the addition of a murder. McManus twists the story through the perspective of each student while leaving the reader with an unexpected ending.