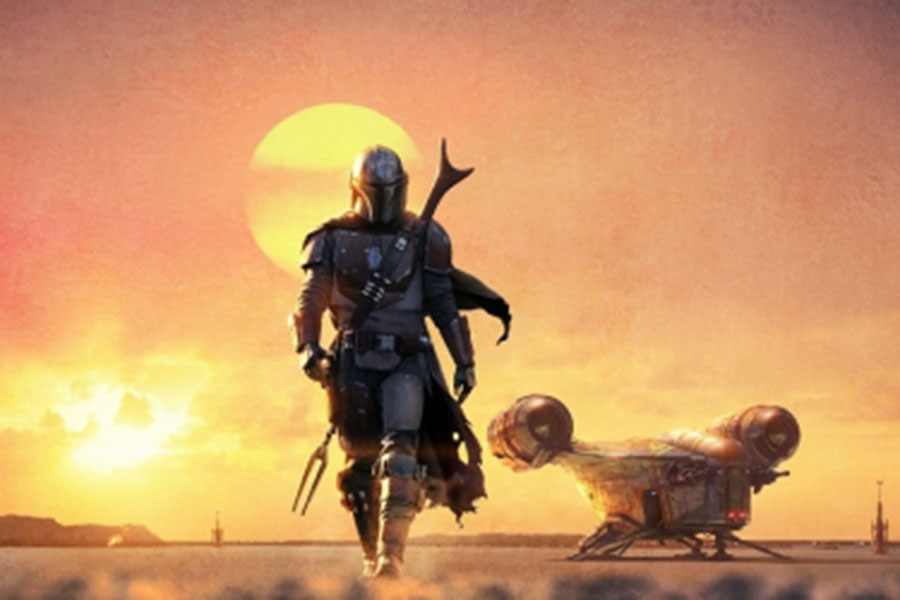 "The Mandalorian” follows the interstellar adventures of the titular character, a masked warrior, in the era after “Star Wars: Return of the Jedi.”

The Mandalorian”, the first live-action “Star Wars” television series, began streaming on Disney+ this past November. The show follows the adventures of its titular character, referred to only as “The Mandalorian,” as he protects an infant alien, the popular character known by most as “Baby Yoda”. “The Mandalorian” checks all the boxes: the plot and characters are engaging and well-written, the visual effects are perfect, and the show manages to capture the indescribable feel that makes something “Star Wars”.

The Mandalorian (the character) is a member of the warrior culture of the same name, a group with a long history in “Star Wars”. The Mandalorians are a culture of warriors who wear the iconic type of armor also worn by bounty hunters Boba Fett, of original trilogy fame, and his father Jango Fett, from Attack of the Clones.

“The Mandlorian” brings them back to their roots, with the titular character as a member of a warrior tribe of Mandalorians who value their honor and their weapons.
I really enjoy the show’s visual effects. It perfectly captures the visual aesthetic of the original trilogy, which, for different reasons, neither the prequel or sequel trilogy were able to do (“Rogue One” did this perfectly, and the Han Solo movie managed to do so for most of the film).
Everything in “The Mandalorian” feels gritty and beat up, looking like something that’s actually been used and worn down. There’s very little CGI, and most things (such as “Baby Yoda”) are actual physical models.