Lime vs. Bird: An E-Scooter Review

Who will take the crown, or helmet in this case?? 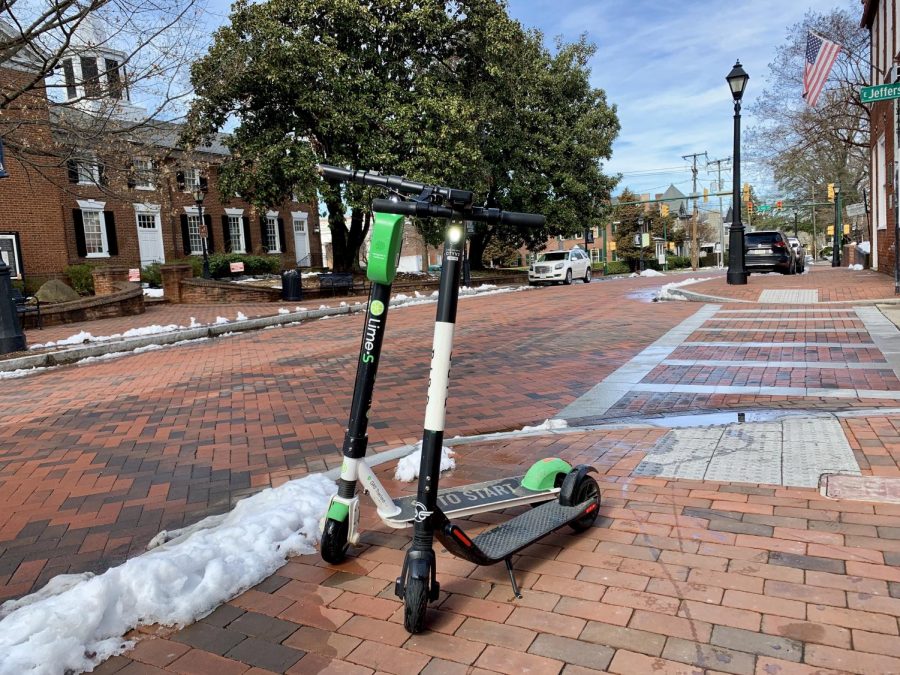 Hallelujah, it’s raining… electric scooters??? It seems as though they appeared overnight just a few months ago, and in fact, they did! The City of Charlottesville approved a dockless scooter and e-bike pilot program on December 7th, 2018, and the following morning, one hundred electric-powered scooters and 50 pedal-assisted bikes popped up in the city. Two companies, Lime and Bird, are currently permitted to participate in Charlottesville’s program. Lime squeezed in first, peddling their bright green electric bikes and scooters around the grounds of UVA, the Corner, and the Downtown Mall. Bird flew onto the scene with one hundred more scooters under its wing a month later in January. Their devices are a bit more subtle, taking on a dark grey color scheme. Aside from the physical differences, what sets these two mysterious companies apart? How should you choose between Lime and Bird? We sent an intrepid review crew into the bustling metropolis that is Charlottesville to find out exactly the answer.