Warriors in the Studio

Students work on SoundCloud to further their music 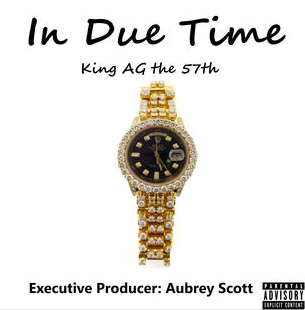 Soundcloud is a popular platform for music creators across the country, and Angelo Garano and Mark Barstow have joined in on the new craze with hopes to make it big.

Garano, better known as King AG the 57th, is now a junior, but his inspiration for hip-hop began in 5th grade. Garano gained inspiration from his favorite rap artists, Tyga and Lil Wayne. Through several projects and albums, King AG has been working for years on perfecting his music in hopes of eventually winning a Grammy Award.

Since his last two albums, Garano has been labeled as a “lyrical genius” and “superb talent” by friends and students which have helped his music gain recognition throughout the local community. Following his self-titled debut album, the street artist dropped his second album, “In Due Time”, with hit songs, “Shmoney”, “The World”, and “What Do You Want From Me”. Garano said that he was proud of his recent work and would love to pursue it throughout college and into the future. The people of Crozet are proud of Garano’s development as an artist and are excited about his future career.

Mark Barstow a senior, decided to take a different musical path and follow his love for EDM. Mark changed his music from only making rap/hip-hop to a more electronic dance music.

“I just kind of wanted to do something more deep and not focus on lyrics,” said Barstow as he explains his change in music.

After looking up to one of his idols, Kanye West, Mark started to take more of a producers outlook on his music rather than an artist’s perspective. With this approach, Barstow shifts his focus to the beats and melody of his songs rather than focusing on lyrics.

Barstow first found his love for making music during his sophomore year at WAHS after taking an audio production class. However, his opinions on that class have changed since the decision to move the audio production studio. Barstow believes that this new location is a poor choice because of the noise generated from the cafeteria compared to the former studio located in the library. Both artists are thankful for their supporters and fans within WAHS and the Crozet communtity.