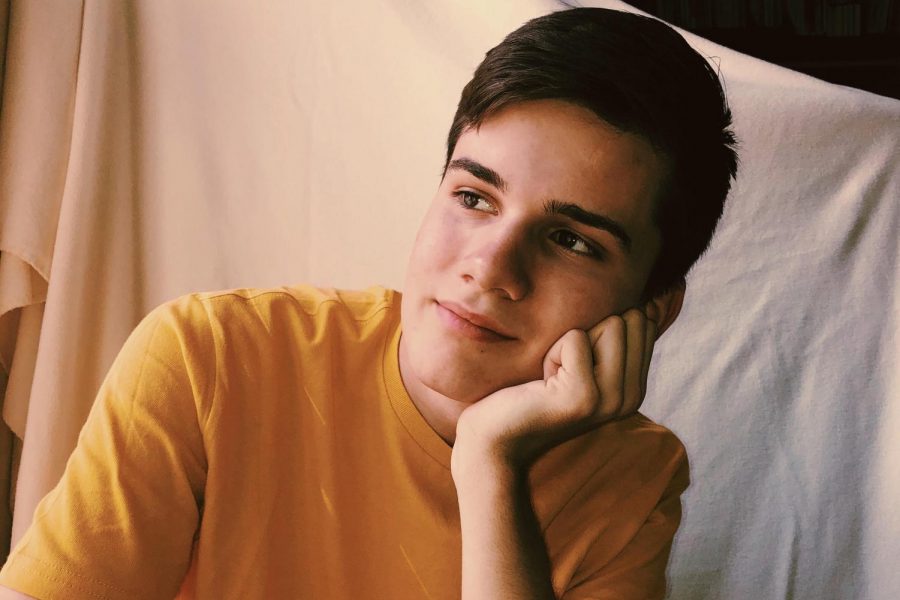 Senior Thomas Jackson’s debut poetry collection, “Growth” was released on September 27th. It had been a long nine months in the making, but the time has finally come. It is now available in several countries on Amazon. You can access it here.

The book explores subjects of mental health, especially that of high school students. It is a very personal and deep collection that touches on both anxiety and depression. It aims to provide comfort and inspire those suffering with mental issues to seek help and remind them that it will be okay.

“The inspiration was that so many other people were in the same situation that I didn’t want to be in and not to make it sound dramatic, but so many other people had so many similar things going on to me. I started to realize that even people I had conflicts with were going through similar things as me and I was getting in conflicts with people because we had the same negative energy that was just bouncing off,” Jackson explains.

Jackson’s journey began freshman year when he started to see deterioration in the mental health of members of both the school community and the whole Charlottesville/Crozet area in general. It persisted as the years passed by, and he realized that it was starting to show in himself. Originally, his poems were written as a release. After a while, people started to notice and take a liking to them.

“He used to write things or have little sayings on his Instagram and I noticed he became super good at it.” Jackson’s friend Annie Rodgers said.

Throughout the whole process, Jackson’s mother has been especially helpful through the stress and struggles. Another one of his biggest supporters was his cat Simba. He provided emotional support and comfort no matter what. The book is dedicated to his grandmother, Dorothy. As one of the most important people to Jackson, she was the one who inspired his love of poetry.

Jackson decided to self-publish his book, which is not an easy thing to do. The process included lots of editing, reformatting, and cutting down. Many issues popped up along the way, but were resolved as quick as possible.

On October 10th, he also published a letter entitled “The Power of a Story” on “Medium”, a platform for writers. It was directed to his friends, peers, and community members with hopes to help them cope with their own hard times. It is a powerful article that discusses the effects of mental trauma. It also discusses his personal experiences and how they contributed to the writing of his poetry.

As far as future plans go, Jackson continues to be passionate about poetry and hopes to continue writing. He plans to keep uploading some poetry on his Instagram account @tommyjwrites and will publish occasionally on the website “Medium.”