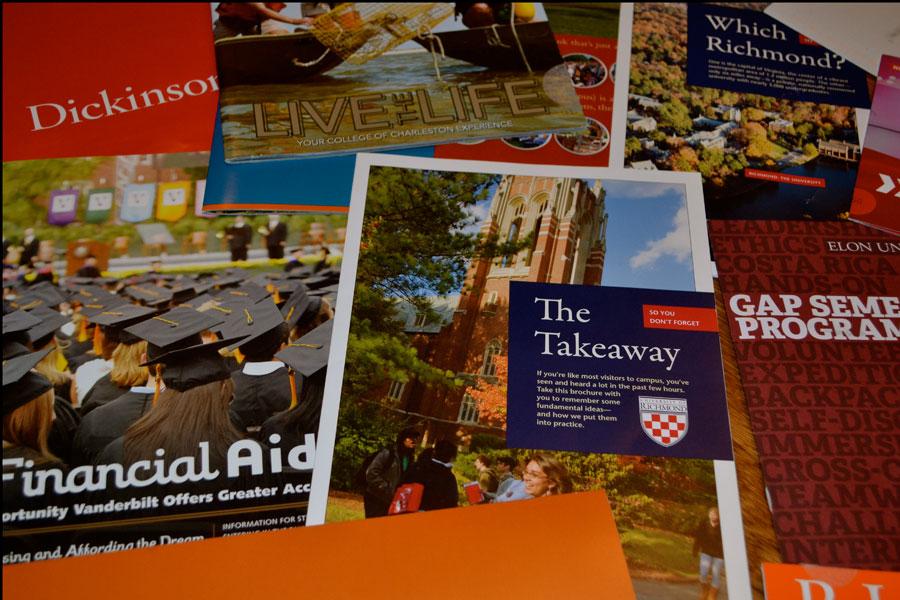 Albemarle County Public Schools is considering the possibility of changing its class ranking and reporting system.

The WAHS College Planning Night kicked off with a discussion on class rank and the implications it has in the college application process.

Currently, class rank is calculated at the beginning of senior year and its based on a decile system, determined by an ordering of students’ weighted grade point averages (GPAs). In terms of this year, the first decile cut off for the WAHS class of 2014 is 4.57 and represents the top 10 percent of the class. The second decile for the class is marked by a weighted GPA between 4.33 and 4.56  and represents the top 11 to 20 percent of the class of 2014.

The decile ranking is reported on college applications and serves as a comparison of WAHS students to one another.

Facing a crowd of approximately 30 parents in the WAHS auditorium, Dr. Billy Haun, Assistant Superintendent for Student Learning, began the meeting by noting that a proposal for dropping the current ranking and reporting system did not come from the school board, but was instead suggested by a parent.

Haun said that after multiple presentations and hearing complaints about the ranking system, the school board asked for research and information about the current ranking system.

Citing studies and information from the College Board, the National Association for College Admission Counseling and the Hanover Research Group, Haun said, “What those reports basically say … is that all of them report that over the last 10 years, there have been fewer and fewer high schools reporting ranking [to colleges].”

Haun referenced conversations with an admissions officer at William and Mary, in which the officer reportedly said that roughly 60 percent of applications do not report class ranking.

Haun then turned the conversation over to the parents and allowed them to ask questions and voice opinions about the idea of changing or dropping the ranking system.

Many WAHS parents voiced concern over student stress and the harm of a competitive atmosphere on students. Erica Wheat noted her concern of students over-scheduling themselves especially “if the difference [between two deciles] is a fraction of a decimal away,” she said.

Others said that they worried over whether or not students are at a disadvantage in the college application process because of a rigid ranking system, and if second decile students faced an unfair comparison to students in the first decile.

Meanwhile, there were parents who defended the ranking system. Elizabeth Ferrall said that many students give up extracurricular activities to succeed academically and that “it means a lot to [high achieving students] to be recognized on the level playing ground … to take that away from them is really unfair.”

After a variety of parents spoke on the issue, former Georgetown admissions officer Fred Smyth, a parent who submitted a request to the school board to investigate the current policy, expressed his position.

“My point is that there are two issues here: the philosophical one of ranking … and there’s a more intermediate issue, which is that the ranks are [perceived as] real, that they are objective, but they aren’t, they are relative,” said Smyth. “Kids pay a price in our system … to me, it’s indefensible to send GPAs and ranks [to colleges] in that system,” he said.

Haun continually said that the school board has not yet taken a position on class ranking and that all discussions right now are preliminary. After Haun and central office staff gather a sufficient amount of information from studies, reports, college admissions offices and community discussions, an official recommendation will be made at the School Board meeting on Thursday, Oct. 10.  The meeting begins at 6:30 p.m. at the County Office Building.

Any changes made to the class ranking will require a vote by the Board and will result in an alteration to the Albemarle County Public Schools Program of Studies.