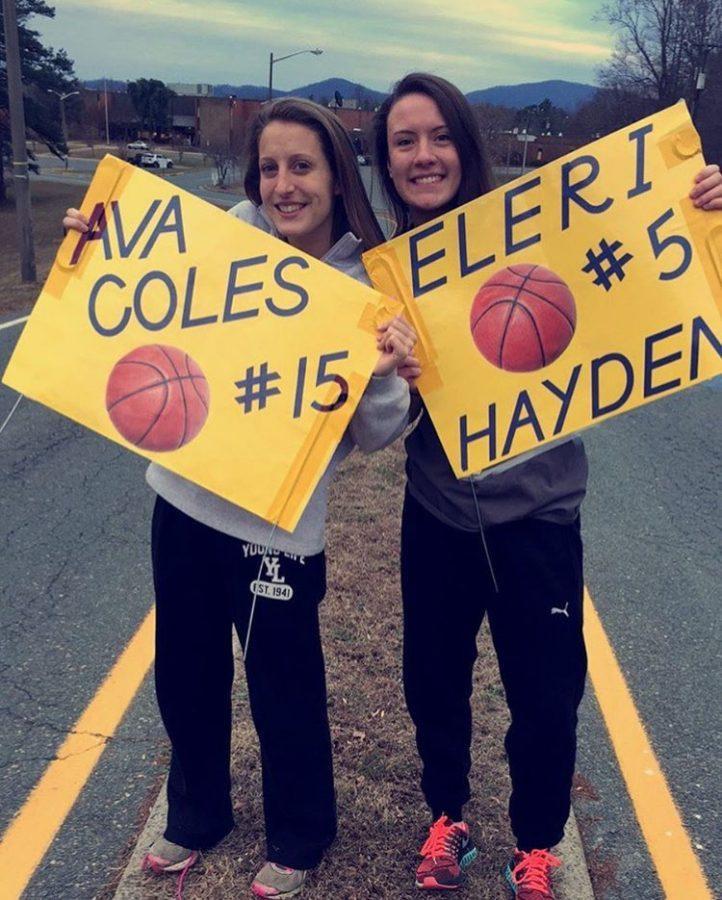 Seniors Ava Coles and Eleri Hayden were rocks of this year's team.

As WAHS girls basketball senior Eleri Hayden prepared for her final regular season home game of her career, she couldn’t help but reminisce over the last four years in the program.

Eleri has played on the Warriors varsity squad ever since her first year at Western. As a freshman, she observed and learned from the leadership of the team’s veterans. In her second year, she suffered a major knee injury, causing her to miss nearly her entire sophomore season.]

“If you look at her progression since then, it has really been amazing,” Warriors head coach Kris Wright said. “She comes back from the injury, gets better, works really hard going into her senior year, and now really is pretty much automatic in terms of what you’re going to get out of her every night.”

Now a senior, Eleri has taken the leadership she learned from the prior veterans to her own use. She was awarded Scrimmage Play’s Comeback Player of the Year award for her performance after her injury. “I think that really embodies how she’s dealt with her adversity,” fellow senior teammate Ava Coles said.

The Warriors girls basketball team had a prosperous year, sporting a 15-8 record going into the conference tournament. This was their best regular season record of the last four years. One specific win stood out in particular to Eleri, as it is her favorite moment in her Western career. “Beating Albemarle the third time we had played them,” she said. “We had lost twice before and it felt really good to beat them.”

The season came to an end during the regional tournament at the hands of Hidden Valley High School. Hayden’s playing career is not over though, she will be playing next year at Roanoke College, where she hopes to continue excelling on and off the court.