My Two Cents on Cents 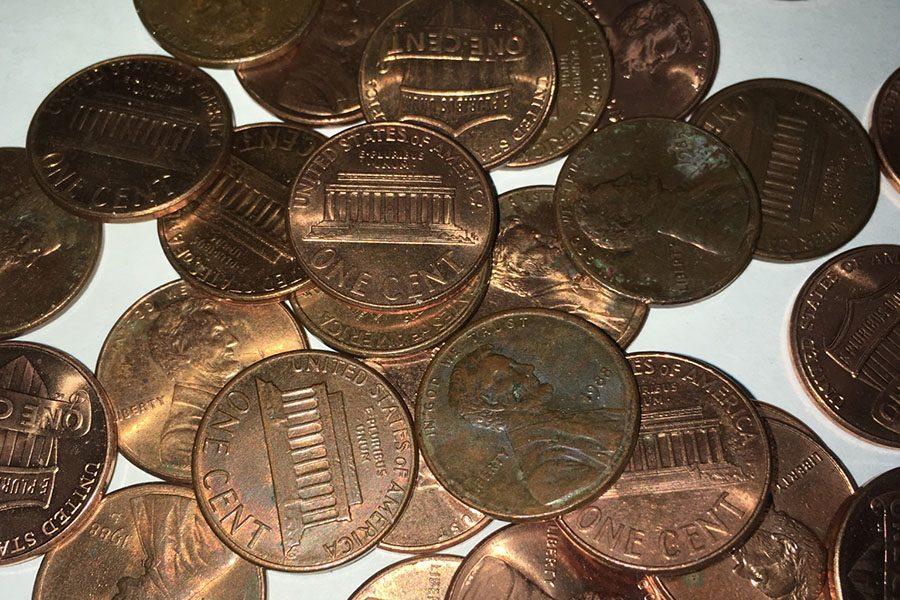 A herd of useless pennies that should be demolished

There are many problems facing America today: how to resolve racial tensions, how to combat the rising rates of obesity, how to stop those creepy clowns. But today, I am going to tell you about one particular plague on the United States that is simple to be solved, and needs to end today.

Citizens, we need to get rid of the penny.

You’ve probably heard the “interesting factoid” that it costs 1.7 cents for the country to mint every single one-cent penny. Seems insignificant, right? Except in 2015, the U.S. Mint produced over 9 billion pennies, costing the government over $15 million. It doesn’t take an economist to know that minting pennies is wasting a lot of money.

Of course, it wouldn’t be a waste of money if pennies were actually useful. But most people don’t even bother with them because the time it takes to fish those tiny, dirty coins out of your wallet isn’t worth paying exact change for a 99-cent pack of gum. Pennies simply don’t have enough monetary value to be useful.

Most likely, the pennies you have are busy sitting in a sad, abandoned piggy bank that is probably crying inside to be filled with pennies. Why should the government bother creating a form of currency that not only costs more money to make than it’s worth, but completely fails at being currency?

People have argued that it’d be too complex a process and that people will lose money without this coin. But let me point out that penny equivalents have already been removed from many countries, most notably the wonderful land of maple syrup known as Canada.

Canada stopped minting their one-cent coin in 2012. I haven’t heard about the Canadian economy collapsing recently, so I’m assuming things are going on as normal without pennies for them.

Pennies are sad, germ-covered, worthless little discs of zinc that completely fail at their job at facilitating commerce. So please, America. Please, let pennies die. I have faith that in these trifling, unsure times, we could at least get this done.