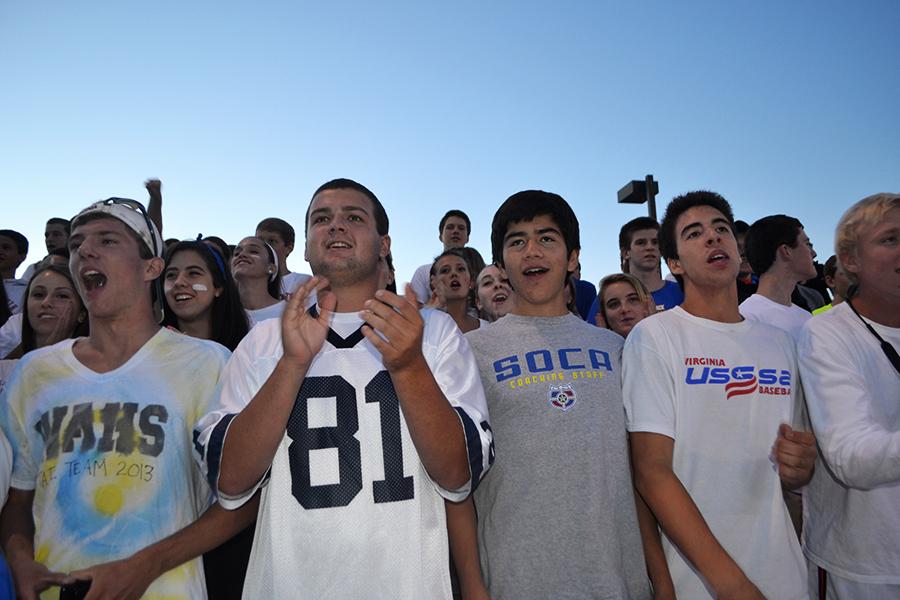 The football team travelled over the mountain on Sept. 6 to face off against the Little Giants from Waynesboro High School.

The team clinched their second victory of the regular season with a 50-27 win. The team was led by quarterback Kent Henry and wide receivers, Nic Drapanas and Chase Stokes. Henry contributed six of the team’s touchdowns, connecting with Stokes for three of them.

In the third quarter, a gasp ran through the crowd as Drapanas left the field with an injury that prevented him from returning to the game. A two-year captain, Drapanas is a strong leader both on and off the field. Rallying in support of their teammate, the team quickly recovered, regained possession of the ball and tacked on their sixth touchdown.

Fans got a glimpse of the future of Western Albemarle football when sophomore quarterback Sam Hearn stepped onto the field. Hearn earned his first varsity touchdown, handing the ball off to running back Oliver Herndon for Western’s final score of the game.

The football team is off to strong start and will return to action Sept. 13, taking on the Fort Defiance Indians at Warrior Stadium.