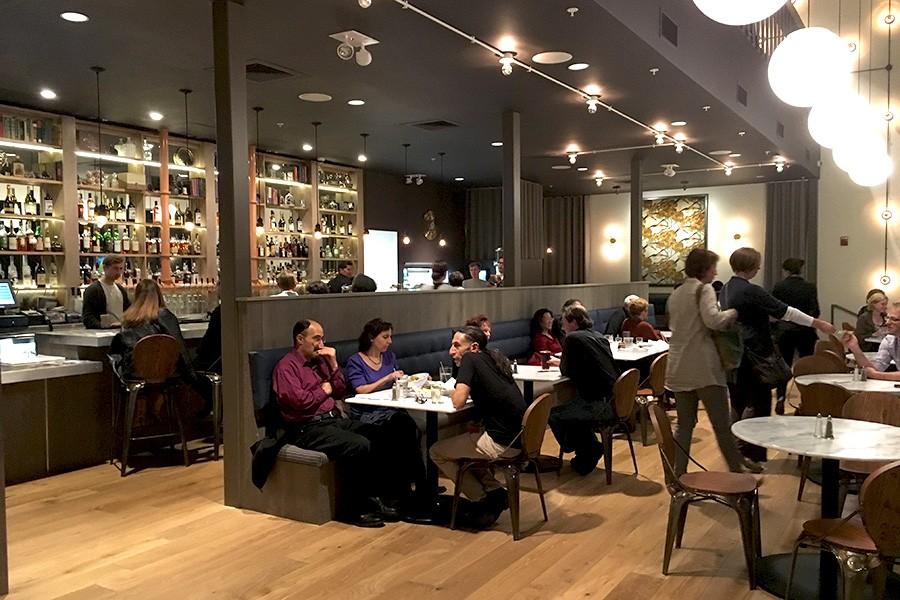 The Violet Crown Cinema opened on Friday, October 30th in the spot formerly occupied by the Regal theater that closed nearly a year ago. Violet Crown Cinemas has two other locations in Austin, TX and Santa Fe, NM. I went to see “Truth” there to check out the place and try to answer some of the questions people have about the new theater.

How many theaters are in the building?

There are ten theaters, two downstairs and the rest upstairs.

Can you eat inside the theaters? Do servers bring food to you during the movie?

“I didn’t get the sense that it catered towards food in the theater, besides popcorn and stuff, but it wasn’t like they handed you a menu. It seems like the restaurant is more separate,” says Charlottesville native Peter Taylor (disclaimer: he is my dad).

The theater offers a full restaurant and bar on the ground floor as well as a concession stand upstairs that serves popcorn, light snacks such as hummus and chips, traditional candy and fountain drinks and also special sodas. They do not wait on you during the movie and recommend that you arrive thirty minutes early to order if you want a meal during your movie. However, there are no side tables in the theater, which does not make it conducive to eating anything more than snacks or finger food.

What kind of movies is it going to show? Obscure indie films or ones more similar to the Regal theater?

They say that it will offer “a variety of programming options including art, independent, foreign language, documentary and commercial or “blockbuster” films,” on the Violet Crown Charlottesville Facebook page. The movies currently being shown can be found at charlottesville.violetcrowncinemas.com.

“What attracts me most is the idea of non-standard films, that’s what’ll bring me back if they do a good job with that,” says Dr. Taylor.

How expensive is it?

The theater offers one rate for everyone, which is $12 regularly and $13 on weekends. The concession stand prices are in line with those at the Regal Cinemas Stonefield 14.

What’s different about the theater? Is it more comfortable?

The theaters are smaller than traditional ones, however the seats are bigger and there is more leg room. The seats are black leather, but they are firm rather than plush. Noticeably, the seats do not recline.