A Fond Farewell to the Golden Days of Skits 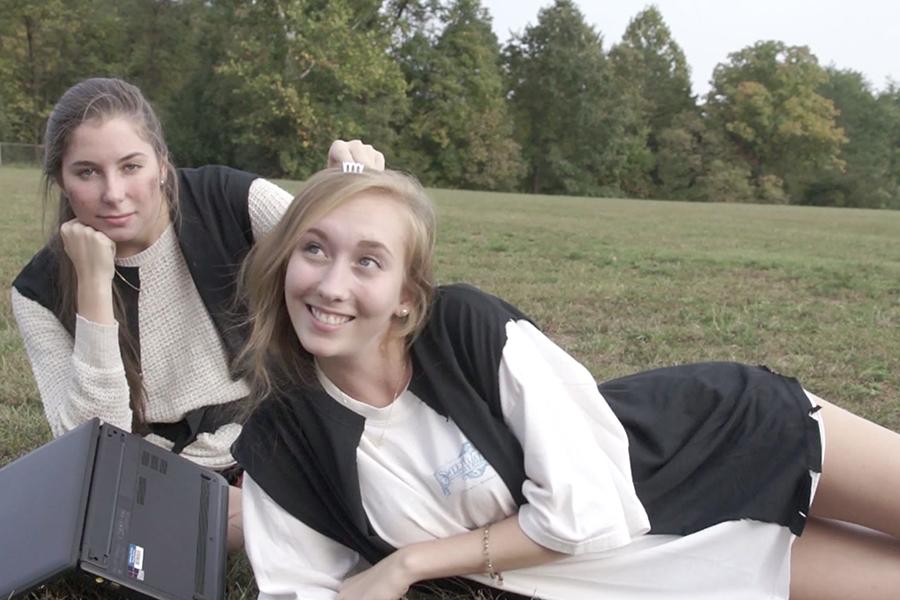 Grace Deal and Clare Paxton act in the senior movie.

One of the staples of Western Spirit Week, a series of skits put on by the students of each grade as well as by the faculty, has been removed from the docket of activities this year.The skits were replaced this year with a ten minute, pre-recorded video which will serve the same purpose as the skits while removing the live aspect.

The remodeling of the skits, an activity that allowed the grades to make jokes about themselves and other grades in a broad sense, was perpetrated by the administration after they “received more complaints about last years skits than ever before.”

These complaints covered “everything from individual students being made fun of to inappropriate comments in the course of the skits to making fun of kids with disabilities, making fun of other races, nationalities, those kinda things.” These complaints forced the administration to make a change.

The new video format presents a change from According to Domecq, “There is so much more you can do now with technology.”

Student reactions to the change have been mixed. Oscar Diaz, a member of the Executive Council, thinks that, “The movies will be interesting. I think the seniors are opposed to the movies because they are used to the skits, but for the freshman class, this is all they’ve known.” He went on to add, “I think once everyone sees the movies they will realize how cool they can be. You can add some really cool effects that make the skits awesome.”

This presents one of the upsides of the skits; an increased ability to control the movie. As a member of the Executive Council, Diaz contributed to the discussion over the potential change and played a part in making the decision to change to the movie format.

Diaz said, “I think skits are a funnier format but last year, the skits weren’t funny, they were just mean. I think this change is good because I would rather have a movie than last years skits.”

In contrast, senior Harrison Lund said, “I think it kills tradition. We can’t have been the first ones to offend people.”

He voices a common sentiment that the changes by the administration took out a key part of Western’s heritage. He went on to add, “They [tried] to not hurt anyones feelings”, speaking of the skits from last year.

Senior Evan Davis also shared his opinion, saying, “The skits are much funnier in person.” This opinion, shared by many seniors, was one fear that arose from the changes to the skits.

After all of this, Domecq is very positive about the skits. “I was totally blown away with how good they are,” he said. “I’ve been here twelve years… and this year, overall, it’s the best I’ve ever seen.” In his opinion, removing the live element removes more problems for the students also, including sound issues, people forgetting their lines, and students going off of the skit. He went on to add, “I didn’t know what to expect… I am totally blown away!”

This is not the first time that conflict has arisen over the skits. Several years ago, the skits were almost shut down completely due to inappropriate actions that took place onstage.

Domecq said, “A couple years ago, we threatened to shut down [the] senior skit if he continued to do what he was doing onstage.”

The change does not apply to the faculty, who will still present their skit live to the student body, something that Domecq views as a possible detriment to the faculty. “This is going to put some pressure on the teachers because it’s going to be tough to compete with what I saw.”

The videos have the potential upside of eradicating some problems that existed with the skits in past years. Recently, sound issues have often made the skits hard to hear and hard to enjoy. The recorded videos remove this issues by getting rid of the microphones which were the source of the sound problems in years past.

With conflict surrounding these movies, reaction to the movies is expected to be mixed when the movies are presented on Thursday, the 16th of October, the second to last day of Western Spirit Week.